On Easter Eggs and Pigeon Brains 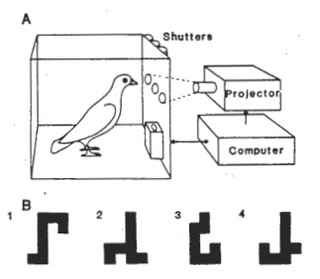 Not too long ago, it was Easter. I’ve written before about my belief that using a computer ruins your working memory. Well, setting an (indoor) Easter Egg hunt for my wife generated another data point in favour of my hypothesis.

I found myself really struggling to remember where the eggs were: these were eggs that I’d hidden, myself, less than 10 minutes previously. Try it for yourself: hide 20 eggs round your house, in places sufficiently obscure that your other half would have fun finding them. Then try and remember where 50% of them are.

We mock squirrels for hiding nuts and then being unable to find them, weeks or months later. My failure was in my own house, with a time gap measured in minutes.

This reminds me how much I enjoy hearing of examples where humans are outperformed by animals, especially in situations where we might not expect to be. (I love it when we discover abilities in the animal kingdom that were previously though to be exclusively human, but being outperformed is one step better.)

A well-known example from so-called lesser animals involves pigeons. In a test published in Science over 20 years ago, although humans’ accuracy was comparable to that of pigeons, the birds were faster than we were at correctly identifying mirrored and rotated versions of shapes. The results suggest that the pigeons have a way of mentally rotating images that is independent of the degree of rotation. (Humans get slower as the degree of rotation involved is increased, implying that they have to “imagine” the rotation, whereas the pigeons’ speed was independent of angle.)