Passing up an opportunity 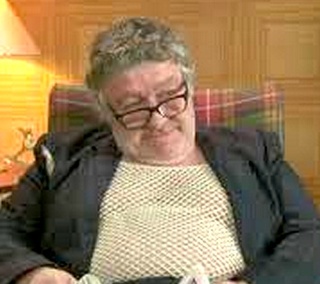 I occasionally shout at the TV: it’s a weakness of mine. Feel free to imagine me slumped in a chair in a Rab C. Nesbitt vest, clutching a scan of Kestrel and sputtering at:

Watching Mastermind recently, I saw someone win by not saying a word. That is, the winner equalled somebody else’s points tally but answered with “pass” fewer times. There’s no penalty for being wrong, so why not take a small chance of being right and have a guess? If desperate, say “Mickey Mouse”, “42” or “Humphrey Bogart”. Just don’t say PASS!

Here is a wonderful example of how optimal strategy can work in your favour. It’s been around for ages, so you may have seen it before:

I am curious how people in Mastermind would react if asked the question, “What do footballers call a deliberate movement of the ball between members of the same team?”