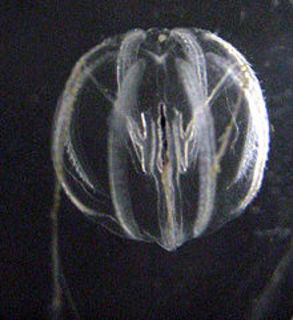 Is there a word for things whose existence is hard to uncover by keyword search? I’m thinking about concepts, or solutions to problems, that aren’t too tricky to describe in words, but are difficult to find in a computerised system.

For example, having an amateur interest in zoology, I find organisms like sea gooseberries interesting. Taxonomically, they branch off high up in the “tree of life” - but they’re pretty common, occurring all round the world in decent numbers. According to the Catalogue of Life, their phylum (Ctenophora) has only about 150 species in: compare that to the adjacent Chordata, which includes us, the lungfish and the sea squirts. It has over 50,000 species. Presumably, sea gooseberries are different in some fundamental way - I have more in common with a sea squirt than with those weird sea gooseberry things. I’d like there to be a word that describes these common-but-unusual species.

Quite often, describing the problem to another person gets you closer to your goal. Humans are better at understanding humans than computers, at least for the immediate future. I encountered another one while researching geospatial databases - I was building a database of bird habitats at the time. It really took quite a bit of trawling around to discover that there are various ready-to-use, open source solutions to the problem. Months later, the first (sufficiently knowledgeable) person to whom I described the problem replied immediately: “Oh yeah, sounds as if you need a geospatial database”. I haven’t met the sufficiently knowledgeable person whom I can ask about sea gooseberries.

There are also problems for which the obvious search terms are overloaded or have dual meanings. Searching for these keywords gets you lots of hits but they all relate to a different subject. A group of friends and I went on a boat trip - one of us paid for food, another for the boat hire, and so on. We kept track in what we called a “tallywhacker” system - whereby we recorded spending and aimed to “square up” at the end. Being a geek, I wanted to discover an algorithm to square up, using the smallest possible number of transactions. Searching for anything including the words “debt”, “credit” or money brings up so many SEO‘d pages and adverts for credit cards/debt reduction schemes, the useful answers are lost in the noise.

Happily, I made some progress on one of these “unsearchable” problems recently. A friend of mine had just finished a book about chirality. I know, I have strange friends. I’ve always had this nagging desire to understand how it was that chirality could ever have got started. In a universe with no bias (a symmetric universe where, for example, “left handed” molecules crystallise at the same rate as their stereoisomers) how could homochirality have arisen? How is it even possible for me to perceive a left hand and know that it’s a left hand without reference to some other chiral object, even if that object is only a representation in my memory?

I admit: most people I explain this to aren’t as concerned about it as I am. It is a rather philosophical point, but nevertheless one that has affected the whole of biology.

“There’s a good thought experiment you can use to explain it,” said Kov.“Imagine you’re on a magical phone call with an alien. The magic phone allows you to talk, and understand each other, but it can’t transmit pictures or light. Your challenge is to explain to the alien which is left, and which is right.”

A nice, succinct description/translation of the problem, rich in keywords, which allowed me very easily to discover lots of interesting articles to add to my reading list.