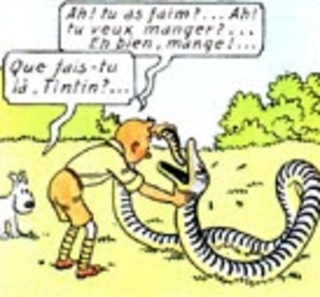 Turns out my understanding of the word “meta” could be, er, better. Its use as an adjective post-dates its use as a prefix by quite a bit. One of my favourite authors, Douglas Hofstadter, popularised its modern meaning: X is “meta” if X can be about X.

My love of metaphotography falls within this sense of the word. Yesterday I discovered another branch of meta: laws about laws. I particularly like Stigler’s law of autonomy, which, like a sentence that asserts its own veracity, obeys itself.

I thought I was big and clever because I dreamt up an idea of meta-metaphors. As expected, I’m not the first. Thinking about it, an kind of infinite recursion is necessarily possible for anything that obeys the X-about-X definition. Here’s an example of an example:

A small part of me hopes that the designers of “The World” in Dubai made a mini “The World” within “The World”, but I bet they didn’t.