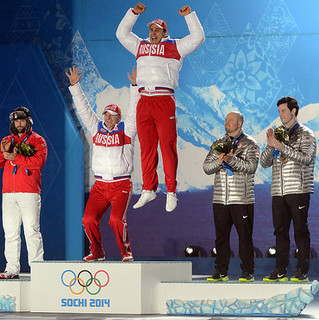 My entry for “word of the year 2014” is a metaword, in the sense that it describes itself.

I humbly propose “participling”. The word describes the irksome and increasingly common process of taking a well known noun, artificially turning it into a verb, and then going one step further, adding “-ing” to get to a present participle.

My friend Jo provided the inspiration for “participling” when she spontaneously and slightly ironically used the word “counterexampling”. Thanks Jo!

Examples of participling are everywhere: commentary on Olympics events often tells us about athletes “medalling”. Is this equivalent to “podiuming”, I wonder?

Participling is highly prevalent in busines because it provides an easy route to novel-sounding easy-to-deconstruct terminology. A bit of “blue skying”, anyone? Or even - cringe - some “onboarding”.

Oh dear. I woke up in the middle of the night in a cold sweat. My word of the year is invalid, some of the time. “A medalling athlete” is an example of participling, but “let’s do some blue skying” is not. It’s gerunding.