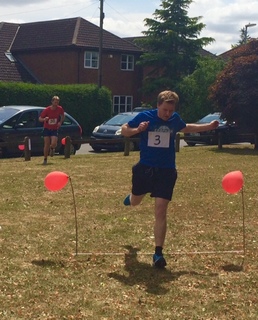 Twelve intrepid runners completed this year’s g10k race, completing two hot laps of the “lollipop course”. Proceedings were expertly marshalled by the two race officials and race mascot (thanks Sarah, Lauren and Otis). Meanwhile, nobody was taking it easy. Meerkat-style crèche watching kept a handful of heroic grown-up helpers fully occupied while we runners were making our way round the race.

Having more runners than last time made it even more fun. Of the 10k runners:

Thanks to all runners, supporters, family and friends who came along. We’ll do it again…