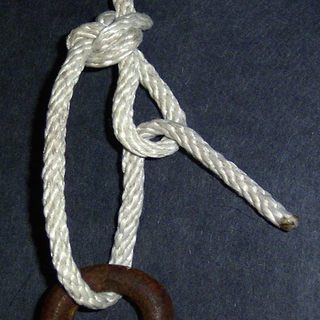 I love knots. Using just a piece of cord/string/rope/stuff, combined with knowledge and skill, you can solve a multitude of problems, in all sorts of ways. Often the most elegant solution is the best, but not always. Knots have apparently mysterious properties, history, nomenclature, everything a geek like me could want.

On a recent boating trip (I don’t go on many), while we were tying a clove hitch, my friend Michael got me thinking with this question:

If an alien civilisation arrived on Earth and could communicate with us, when we chatted about knots, how many of their top 20 knots would be the same as ours?

Maybe their top 20 would include the Trucker’s Hitch: